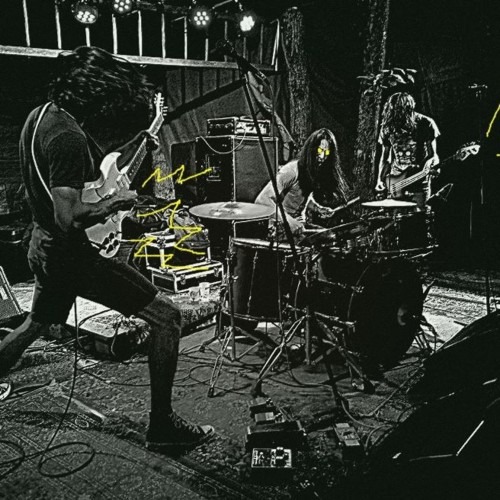 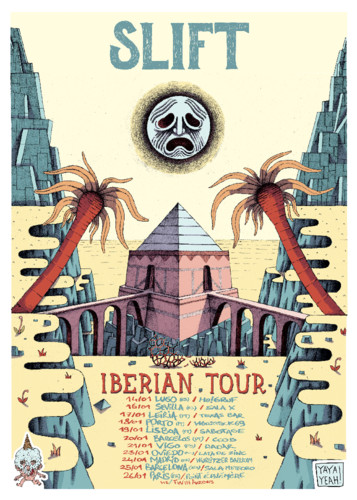 What if Ty Segall and John Dwyer were actually the same person? Sure, you’ve seen the two together in the past, which would require some pretty clever gene-splicing and doppelganger recruitment to achieve, but imagine the sonic whirlwind that incredible hybrid would whip up if true! You need imagine no longer, though, for French garage-fuzz blasters Slift’s debut EP, Space Is The Key, hits the sweet spot between the pair’s supercharged jangle-psych and hooked-to-fuck space-blues time and again.

Dipping in and out of minimal, meditative textures and explosive riffs, ray-gun distortion thus gleefully melts the face at every opportunity, razor-sharp guitars slicing and dicing the resultant slop to cosmic confetti. Never afraid of a freak-out too, Space Is The Key’s five luxuriously proportioned tracks last over 35 minutes, the longest of these the destructive title track at 10 minutes. Momentarily going full kraut with its needling repeats, it’s an otherwise heavy psych statement built on a truly caustic combination of lo-fi patterning and a snarling vocal that grinds on rusty riffs and supernova-smashing synths.

Power pedals elsewhere thrust this molten craft off in the direction of the sun, the sludge and feedback of EP opener “Dominator” slaying en route like country-mates Magnetix, but just as you think you’ve got it pegged, it spins out of control into blown-out proggy weirdness. It’s the sort of barrel to hard starboard that’ll leave you breathless, so the suspiciously dreamy zoning that opens “The Sleeve” is nevertheless very welcome. The brief peace treaty, naturally, doesn’t hold long, wailing DIY warfare soon declared on the uncharted territories, the big guns eventually arriving to punch holes in the fabric of space and time. And, if you’re undoing the laws of physics in metaphor, how far a leap is it into the multiverse to think the Slift trio actually could be the alter egos of others? Tempting perhaps but it does Slift a disservice as, at their best, they’re certainly equal to the greats, yet still manage to remain a unique proposition all the same.

Space Is Key is ruthless; a raucous wall of sound and energy that sets the trio up for nothing but greatness. Slipping between a cacophony of noise, and controlled, catchy hooks Space Is Key can take you – even in a single track – from a DIY, garage feel to outer space.